The following table lists some useful python packages we can use:

To test that things are working, open a python command line shell such as IDLE (eg: Windows Start menu, Python 3.9 - IDLE), or run python from a command window. Type the commands below

Once you have created the SysCAD object, you have access to further methods. (The pywin32 installation includes a COM browser shell that provides auto-completion on com objects.)

The VersionNumber method can be used to get the version and build numbers: 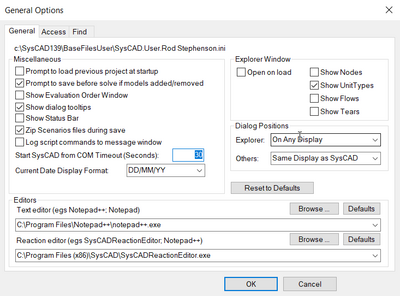 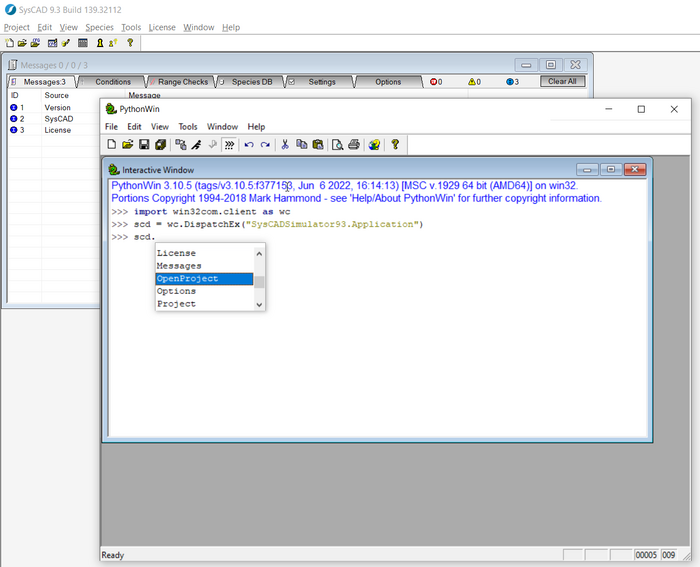