For many modelling scenarios, the full accuracy of the IF97 calculation is not required, and fast approximations will give adequate accuracy. For liquid water, the specific heat and density are practically independent of pressure, so we can use approximations that depend on temperature only. Similarly, for steam at low pressure and high temperature, the ideal gas approximation is often adequate for modelling purposes. Significant speedups can be obtained using the "fast approximation" models judiciously.

There are many correlations available for water and steam under these conditions, but often these do not match the actual IF97 data all that well. This could potentially cause issues when models are run under both full IF97 high fidelity and various low fidelity approximations.

For this purpose SysCAD 9.3 Build 136 now includes "FastIF97Sat" correlations that match IF97 accurately. For models where temperatures and pressures are appropriate, the results should be close whether using the full IF97 model or the FastIF97Sat model, but with a significant speed improvement for the latter.

The new correlations can be configured as default for a group of projects by editing the configuration file, or selected for a particular project in Plant Model on the Species tab page using Species Property Overrides.

The use of the FastIF97Sat depends on your modeling requirements. It would be common to use FastIF97Sat for Water, but not necessarily for steam. FastIF97Sat correlations are particularly useful where a small loss in overall fidelity is admitted to gain a significant speedup.

For purposes of these models the correlations are done on the sections of the full p-T area shown here: 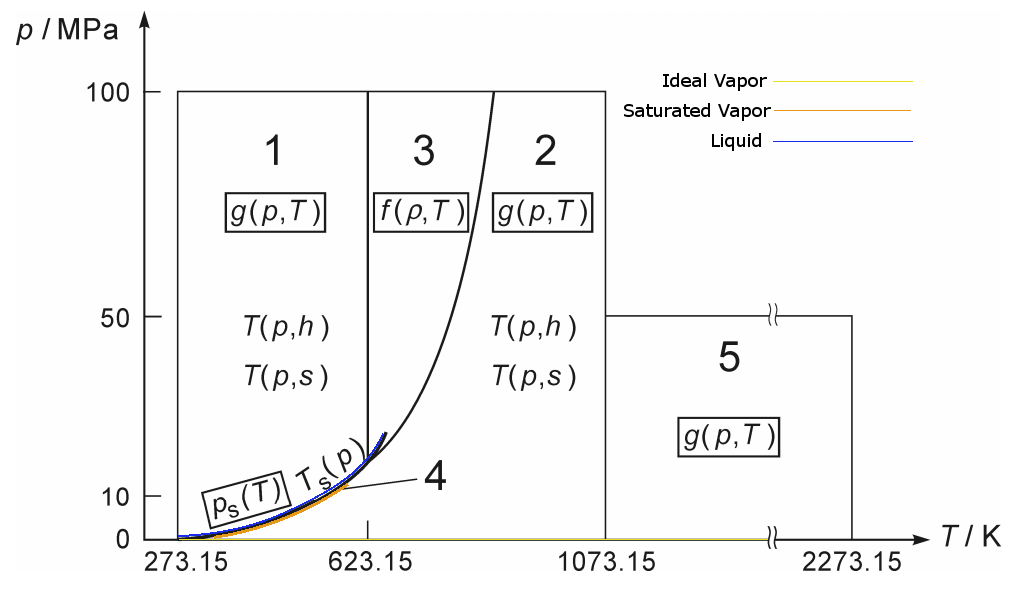 The Ideal Steam model could be used for applications not involving flashing and phase change, for example Free Energy Minimization at atmospheric pressure and high temperatures.

The Saturated Steam model can be used for applications where vapour is nearly saturated and saturated liquid is also present, such as flash tanks and evaporators. This provides an accurate model for liquid and vapour enthalpy on the saturation line and specifically the latent heat of phase change [math]\displaystyle{ h_{fg} }[/math] 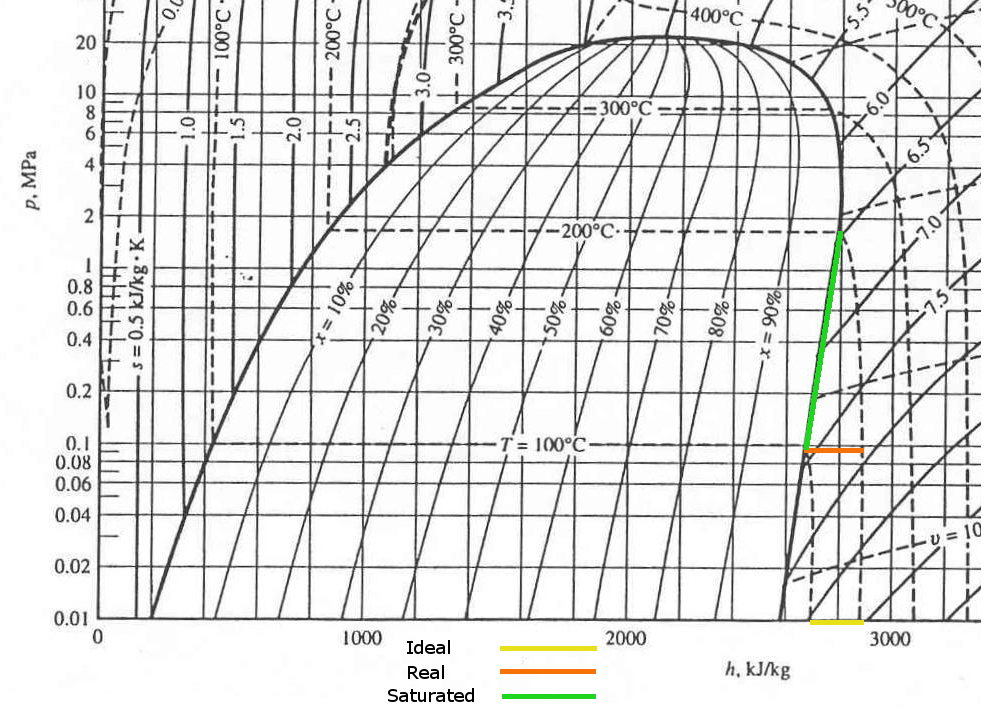 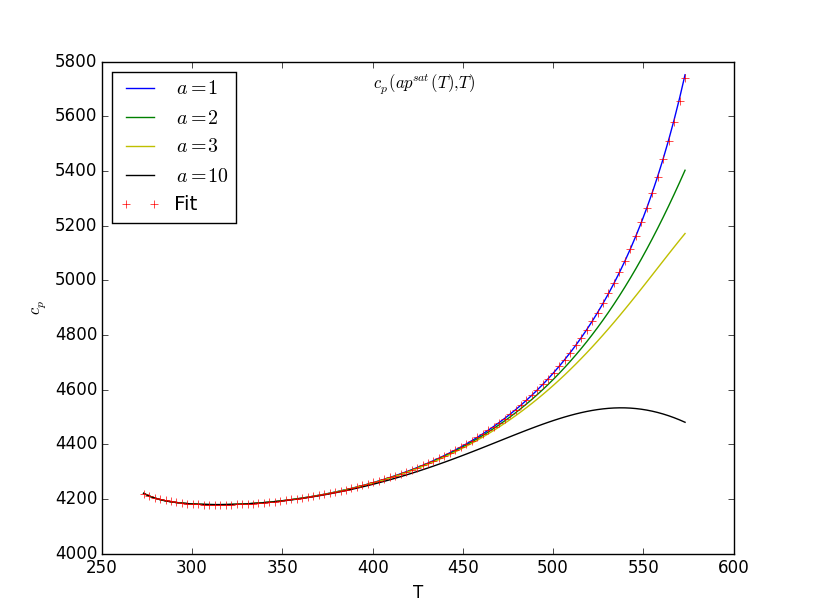 The actual error is generally less than 0.05% apart from near the critical point. (Any modelling for conditions near the critical temperature should probably be done with the full IF97 equations) This plot also shows the error for atmospheric pressure (rather than saturation pressure) 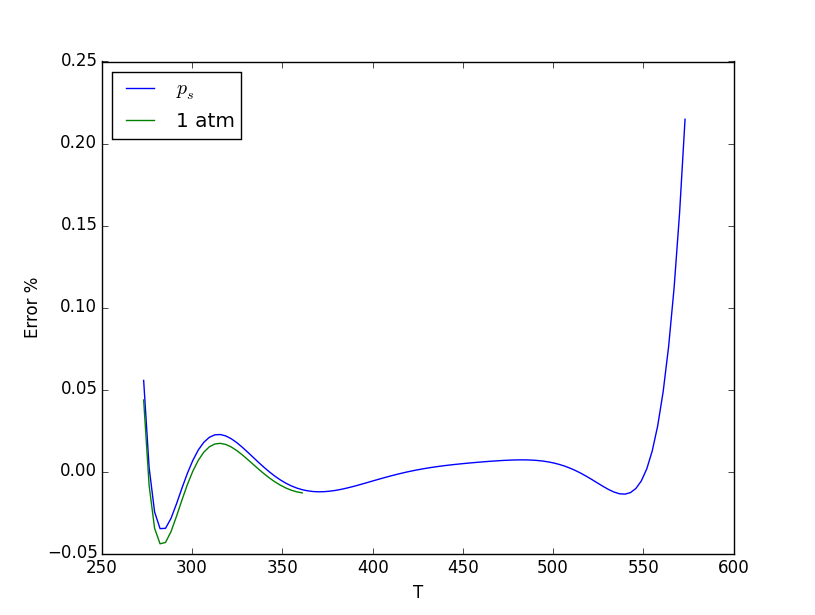 Plots for the original SysCAD low fidelity model and the new correlation are shown. Weighting is used to improve the accuracy at lower temperatures (applicable to most modelling situations) compared to unweighted data. If modelling conditions are near the critical point, the full IF97 calculations should be used. 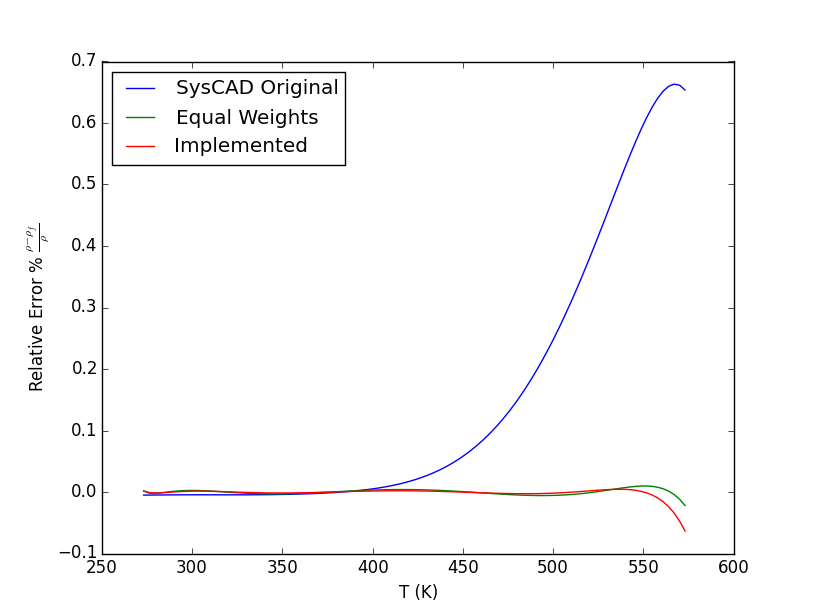 Water enthalpy is very accurate even for elevated pressures - pressure has only a minor influence on the enthalpy, even approaching the critical point. (Compare with density above, where there is a significant pressure effect) 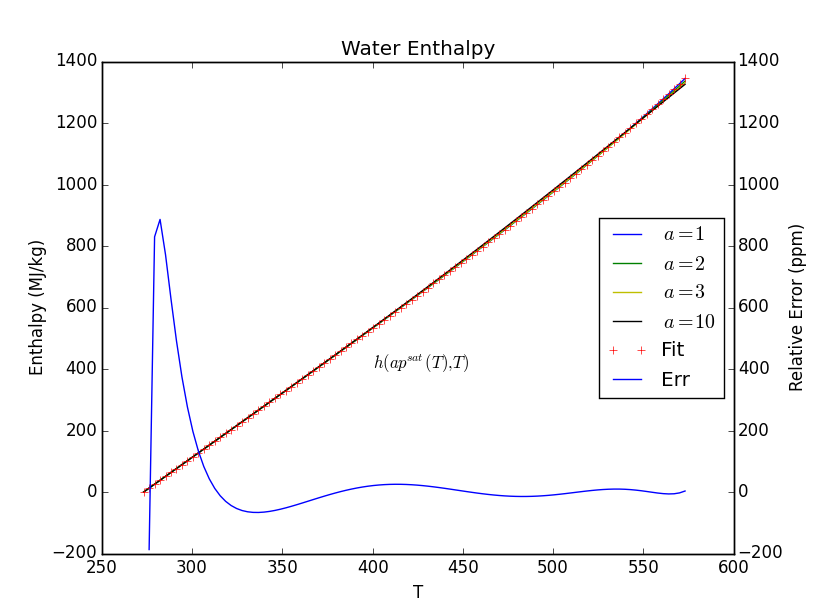 The relative error is higher at lower temperatures (but only because the actual enthalpy is lower).

There are also "Fast" correlations available for properties along the saturation line. As explained above, the enthalpy is not increasing with temperature (implying negative Cp), so these are not available directly at present; they are available in SMDK and may however be used internally in the future. 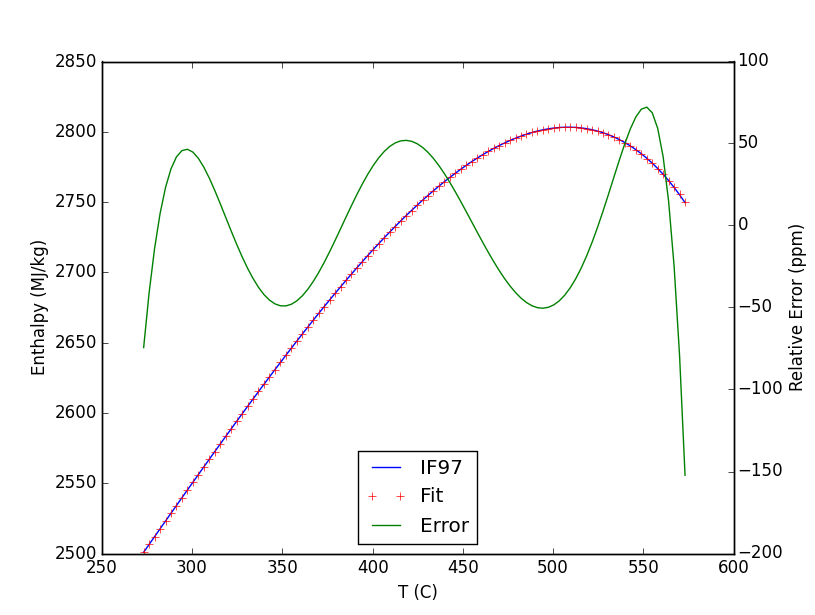 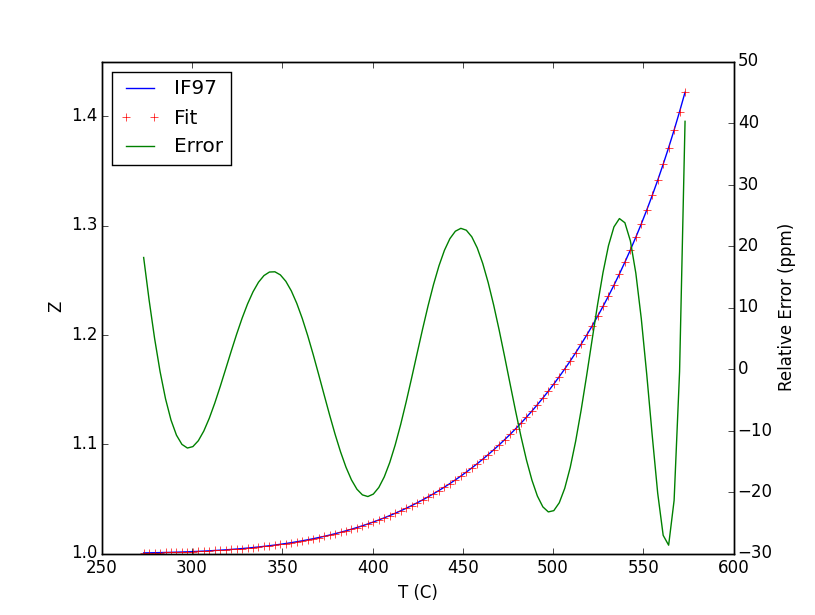 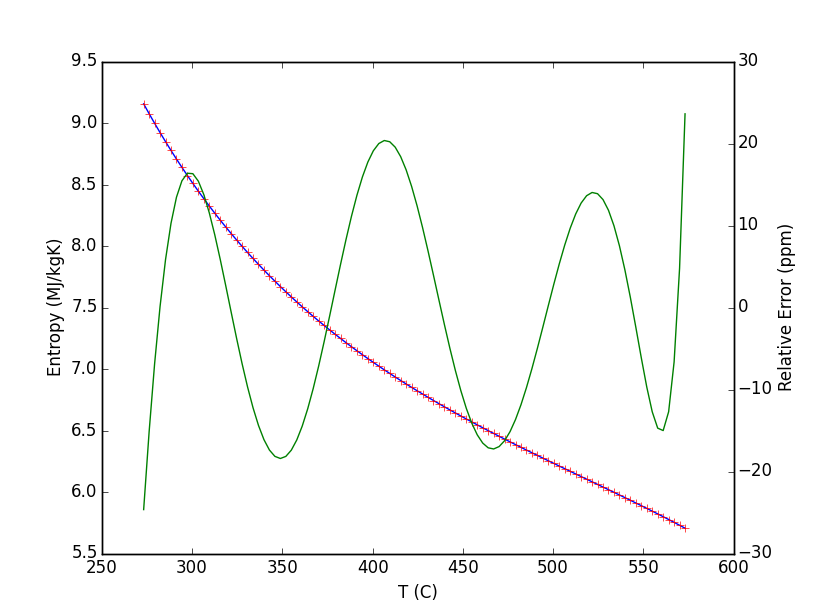 The distributed Falling Film Evaporator model can be run with the FastIf97Sat models:

There is a significant (30%) speedup using the FastIF97 correlations in this contrived project. 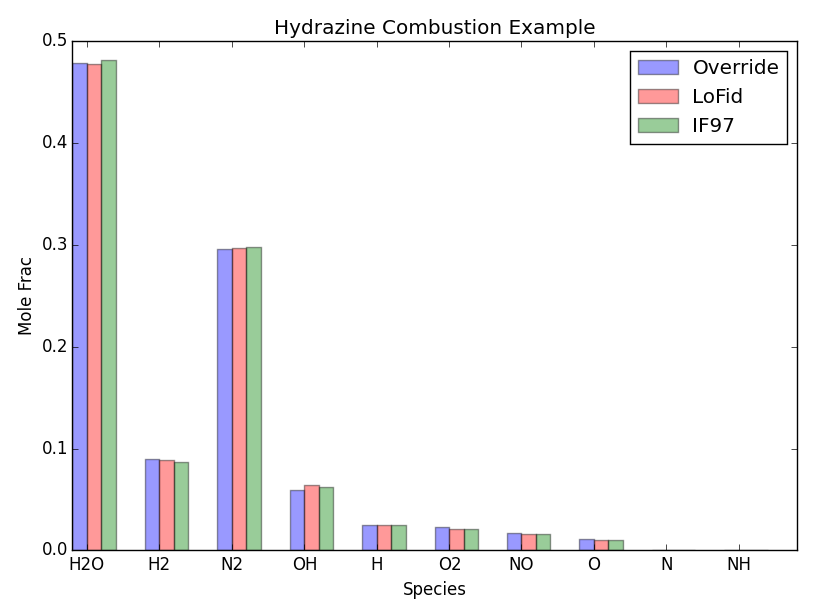