If we plot the curves for both pure water (dashed) and a liquid containing impurities (such as salt water or Bayer Liquor), we find the latter has moved up at any point. The difference between these two curves is the Boiling Point Elevation (BPE) at that particular pressure.

Note that according to this definition, [math]\displaystyle{ \beta }[/math] is intrinsically a function of pressure. Formally

We have a number of possible ways of interpreting BPE: 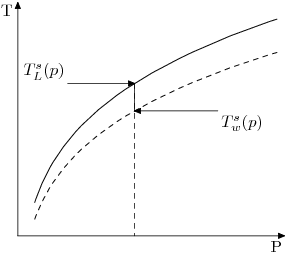 See the graph below: 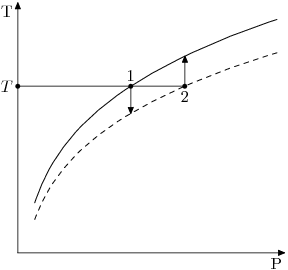 The BPE at stream temperature can be interpreted in two ways: