A scenario is a complete binary dump of the state of a project and is saved to a file with the extension scn. It saves all the configuration and calculated data for all unit models in the project.

If the SysCAD model is to be used for scenario testing, it is recommended to save a scenario file for each test case performed, so that user can quickly recall the scenario data back on screen for further analysis.

The scenario is often used with the command script file or the COM Automation.

Once a project is loaded, user can use "Save Scenario" at anytime to save a "snapshot" of the project.

The scenario files can be saved compressed or uncompressed.

For large projects, it is recommended that the scenarios be saved in the compressed file format to reduce file size. 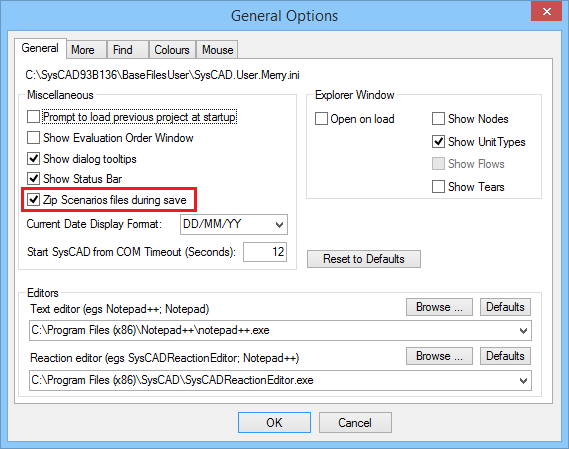 Select option Zip Scenario files during save will save the files in a ZIP format, reducing the file size for storage purposes.

Once a project is loaded, previously saved scenarios can be loaded. The Load scenario is often used with the Command Script or the COM Automation.

To load a scenario, just select the appropriate file from the list and press Open.

This command can be used to:

These are done through the Compare Tag Values Dialog box. 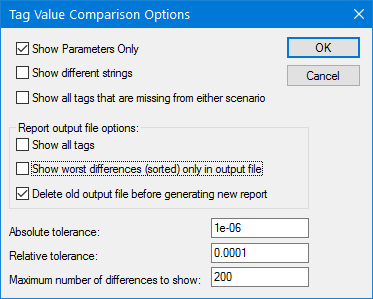 This dialog box lets you to customise the compare output file.