To use COM automation from within python, it is useful to have some Microsoft Windows Extensions installed. This is a handy way to get started, but it has some features that make working with COM objects a bit easier.

Some other (non COM related) python utilities are here.

To test that things are working, open the shell and type the commands below 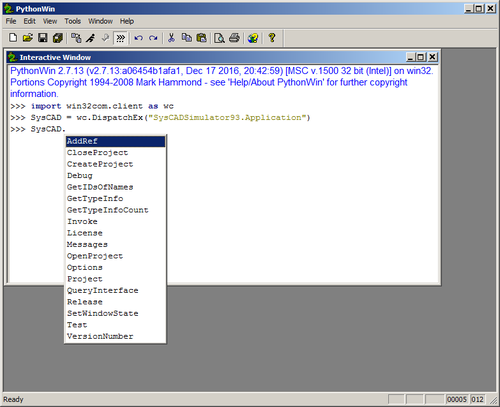 Once you have created the SysCAD object, you have access to further methods. You can see a list of these by typing

in the shell as above. You can get completion by typing further characters, so typing v highlights the VersionNumber method. This can be used to get the version and build numbers