The calculation of heat transfer based on LMTD makes a number of assumptions:

In a number of applications, including Flash Trains, the steam coming off the liquor may be superheated due to Boiling Point Elevation. Therefore, the steam enters the condenser at a higher temperature than the final condensing temperature. This means that it must initially be desuperheated over some area of the exchanger, we refer to this as the desuperheating zone. See image below: 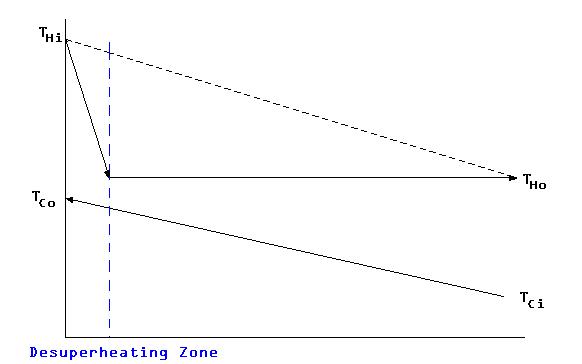