From SysCAD Documentation
(Redirected from Controlled and Referenced Variables 9.3)
Jump to navigation Jump to search

The controlled variable will be displayed on a Yellow background in the Access Window, and in any Trend Window where the variable is displayed. 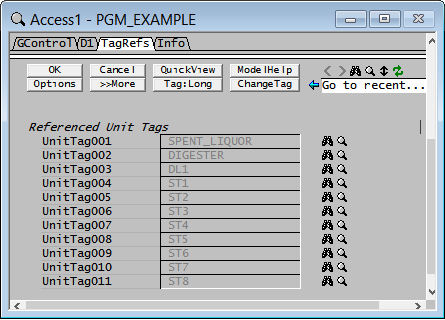 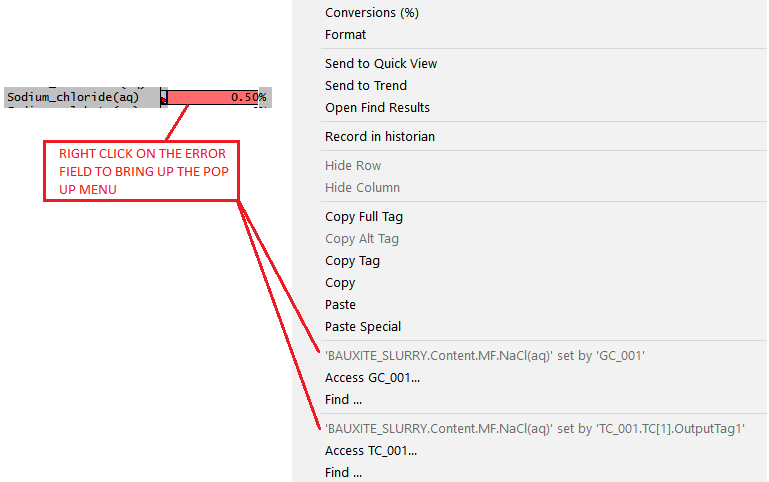 NOTE: If no reference units are being shown in the popup window, it is possible the reference tag is using "old" syntax and needs to be changed. This would normally be caused by SysCAD version upgrade, where tag syntax has been changed in the new version of SysCAD. While loading and running the project, SysCAD has made tag matching in the background to keep the project in a solved state, it has not made the correction to the tag syntax. The "cross-reference" check is completed using the actual tag syntax, since the tags are now "old", it would not find the reference tag. To fix this issue, please check the controllers and PGM files and make sure all the tag syntax is up to date. 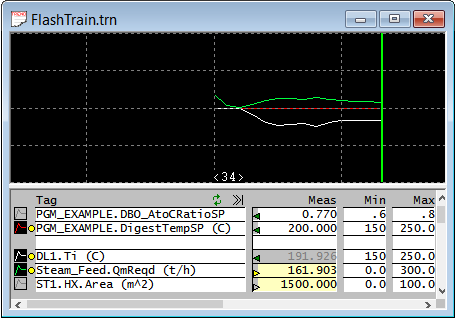